Shares of Surgical Care Affiliates Inc, a provider of outpatient surgery facilities, rose as much as 19 percent in their trading debut, valuing the company at about $1.08 billion, sister news service Reuters reported.

Surgical Care raised about $235.2 million after its initial public offering was priced at $24 per share, the higher end of its expected price range of $21-$24.

Surgical Care’s shares were trading at $27.92 on the Nasdaq on Wednesday morning, after touching a high of $28.53.

The Deerfield, Illinois-based company said it expected to benefit from growing demand for surgical delivery services, which account for 30 percent of medical spending for individuals with commercial insurance.

Surgical Care had 167 ambulatory surgery centers, which provide same-day procedures, five surgical hospitals and one sleep center as of June 30.

The company’s debut is the latest in a series of successful healthcare IPOs in the U.S. markets this year.

About 45 health-focused companies that have gone public this year have raised $7.80 billion, according to accounting and actuarial firm PricewaterhouseCoopers.

Surging equity markets have pushed a number of companies to take the IPO route, boosting total proceeds raised during the third quarter to $11.80 billion from $6.70 billion a year earlier.

Surgical Care, which counts private equity firms TPG Funds and MTS among its shareholders, reported revenue of $750.1 million and a loss of $20 million for the year ended Dec. 31, 2012.

J.P. Morgan and Citigroup were the lead underwriters to Surgical Care’s offering. 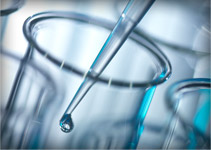